We, the proud members of the Hurst Junior High Band, learn an instrument at the highest level, not just to play, but to express ourselves. We play an instrument not just for ourselves, but for our school, directors, and community. By doing this we make each day a step toward success.

ONE BAND. ONE SOUND.

The Hurst JH Band is made up of 225+ 7th, 8th and 9th grade students. Band students journey from the Beginner Band in their 1st year , then have a unique opportunity to audition for placement in a performing ensemble in their 8th and 9th grade years. The Hurst JH Band has a long history of success at many individual and group concerts and contests. Students perform in either Beginner, Honors, Symphonic, Concert and even Jazz Band. The variety of performance literature keeps students engaged and learning. The ultimate goal is for students to leave Hurst JH Band not only as better musicians, but most importantly better people. 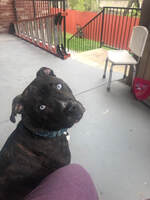 Monica G. Dominguez is the Head Director of Bands at Hurst Junior High School. Ms. Dominguez is a native of San Antonio, TX. She received her Bachelor Degree in Music Education, with honors, and her Master Degree in Woodwind Performance from the University of North Texas. While at the University of North Texas, she performed with the Wind Symphony under the direction of Mr. Eugene M. Corporon and the Symphonic Band under the direction of Mr. Dennis Fisher. Her experiences in both ensembles allotted the opportunity to be involved in many major recording projects. She studied with notable teachers: Dr. Eric Nestler on Saxophone, Dr. James Gillespie on Clarinet, Prof. Terri Sundberg on Flute, Dr. Charles Veazey on Oboe and Prof. Kathleen Reynolds on Bassoon.
Ms. Dominguez is the Head Director of Bands at Hurst Junior High School. Her responsibilities include directing the Honors Band, assisting with Symphonic and Concert Band, teaching all woodwind classes and overseeing the daily operations of the entire Hurst Band program. She previously held positions in Denton ISD at McMath Middle School and Richardson ISD at Forest Meadow Junior High. After only two years as an assistant at Forest Meadow Junior High, Ms. Dominguez led the FMJH Symphonic Band to consistent Sweepstakes Awards and to an Honor Band State Finals appearance where the FMJH Symphonic Band placed in the Top Ten. Her bands at McMath MS and Hurst JH Honor Bands have also received Sweepstakes Awards, Superior Ratings at Spring Festivals and her Beginning Bands have been awarded "Outstanding Beginner Band" at the Sandy Lake Festival.

Ms. Dominguez, an active performer adjudicator, and clinician. Ms Dominguez has performed with the Lone Star Wind Orchestra and the Metropolitan Wind Symphony, and many musical theater productions, and was honored to perform at the World Saxophone Congress in 2003 and Midwest International Band and Orchestra Convention in 2012. She is also a founding member of the Yellow Rose Saxophone Quartet. Her professional affiliations include Sigma Alpha Iota, North American Saxophone Alliance, the Texas Music Educators Association and the Texas Band Masters Association. Though her family resides across the great state of Texas and further South into Monterrey, Mexico ​they are never far from her heart. ​Preston Rice is the Assistant Director of Bands at Hurst Junior High School. Mr. Rice is a native of Bedford, TX, where he graduated from L.D. Bell High School. During his time at L.D. Bell, he was a three time TMEA All-State Musician on euphonium. He received his Bachelor Degree in Music Education from Texas Christian University where he studied euphonium with
Mr. Richard Murrow and Dr. Clay Garrett. While at Texas Christian University, he was principal euphonium of the Wind Symphony under the direction of Mr. Bobby Francis. He also spent time playing french horn in the TCU Concert band, trombone in the TCU Basketball Band, and baritone in the TCU Marching Band. Outside of TCU, he was a member of the Bluecoats Drum and Bugle Corps where he played baritone and trombone during the 2018 and 2019 Drum Corps International seasons.

Mr. Rice has taught as a private lesson and masterclass instructor at various schools in the DFW area such as STEAM Middle School, L. D. Bell High School, Paschal High School, and Monnig Middle School. He also taught as a marching tech at Timber Creek High School. Mr. Rice is a member of Texas Music Educators Association and Tau Beta Sigma Honorary Band Sorority.
During his free time, he enjoys spending time outdoors, mountain biking, knee boarding, and fishing. Mr. Rice loves teaching, music, and most of all getting to work with students and is overjoyed to be back in the HEB ISD family!
Powered by